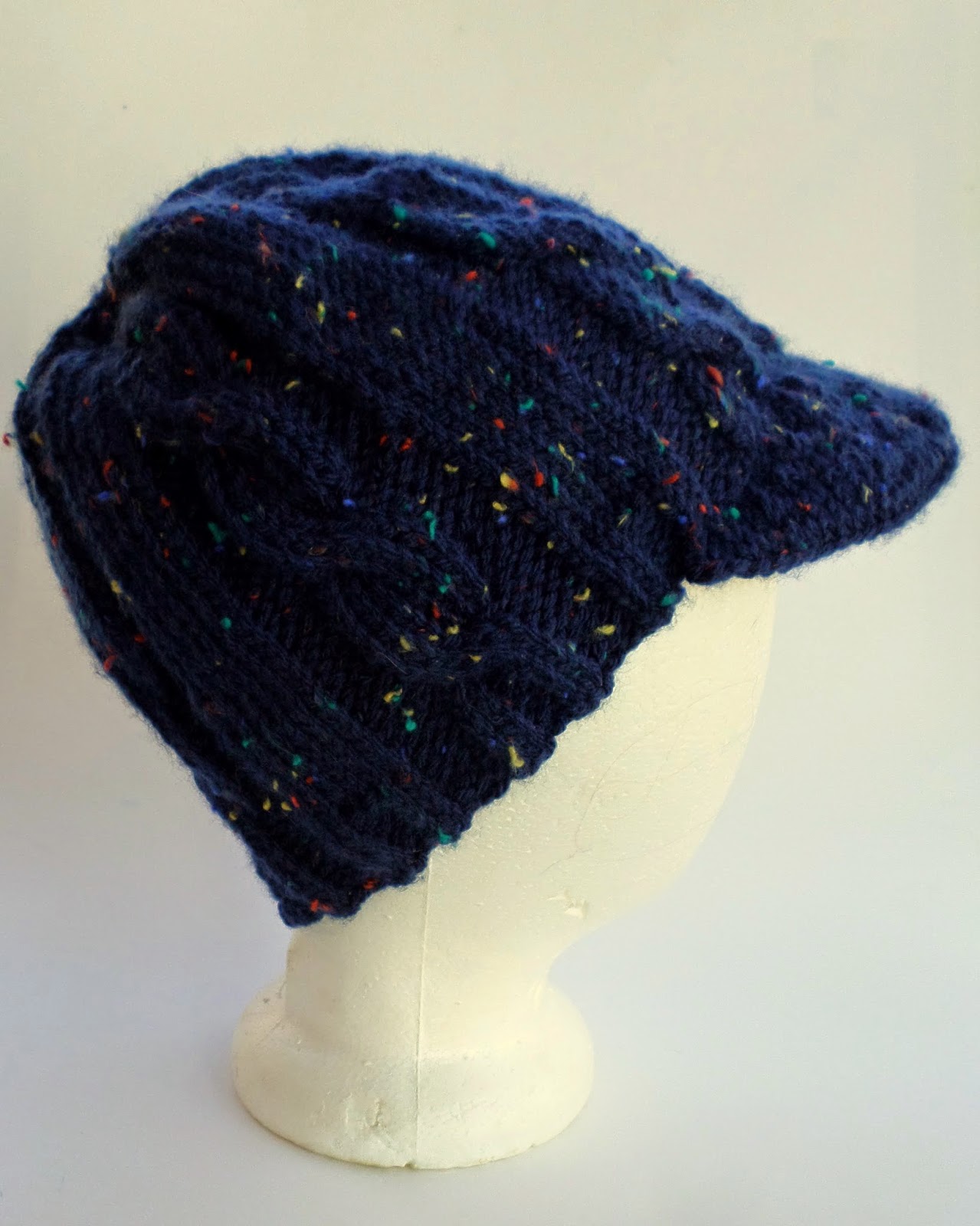 She did a great job, this being her first pattern. I didn't really have any issues with the hat but for not focusing on what I was doing when it came to the brim and having to start over a time or two. I think it would have liked it a little shorter, and I had to adjust my rows as it was, but was a little stuck with getting another cable in there so it ended up about an inch too tall. 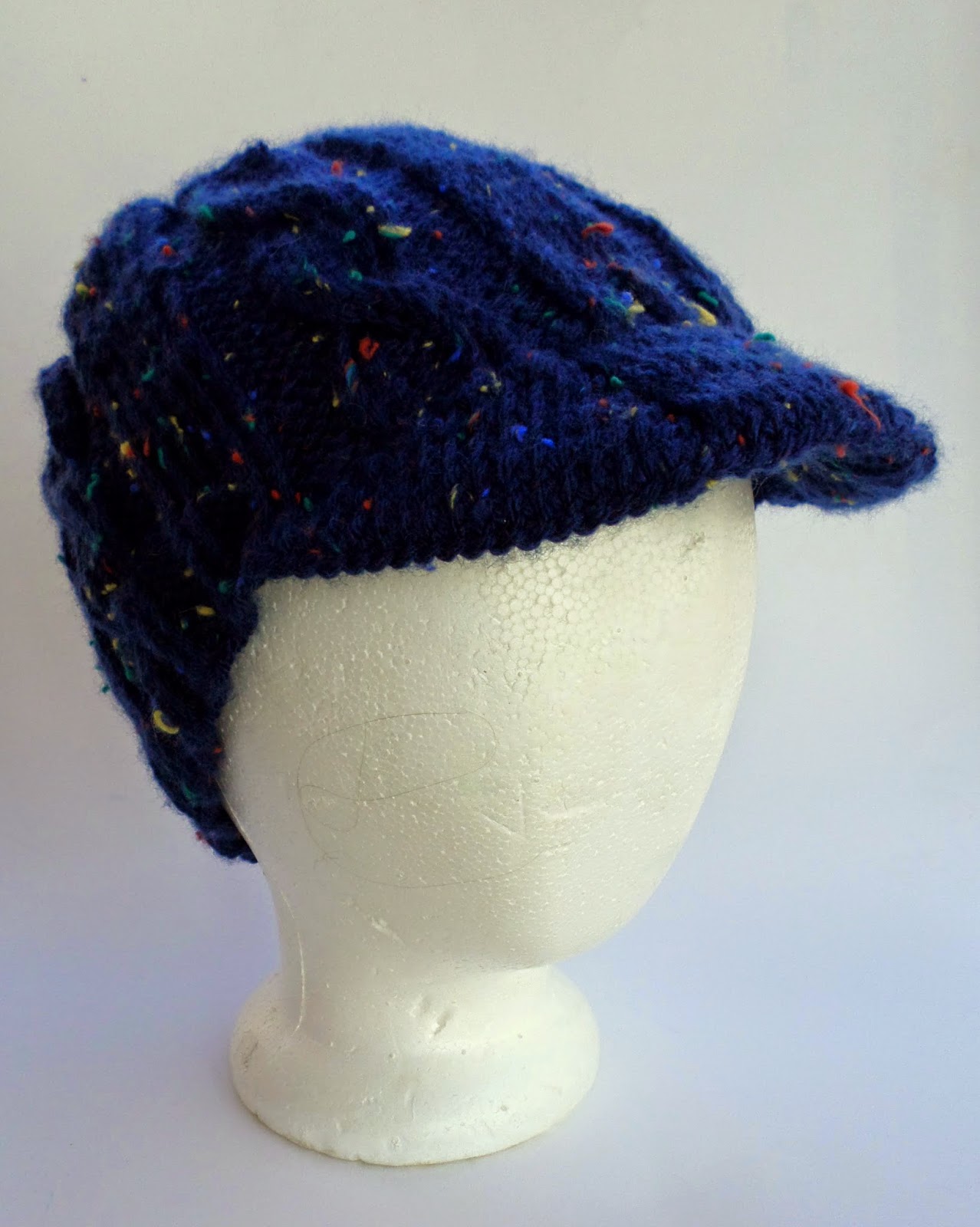 Another issue I have with the hat is that I prefer the ribbing tighter. I know that I should go down 2 needle sizes but I followed the pattern on this instead of obeying the nag. As I am still learning, I am not sure if this is a general rule or just a rule followed by some knitters that prefer a tighter rib or maybe know their ribbing doesn't come out tight enough. Anyway, I may sew through some clear elastic thread into the back and see if that fixes the shape some. As a beanie or a slouch hat, the shape is fine, but since it has a bib I want it to fit more like a ballcap.

I skipped 1 cable crossing in the back. Well, I made sure it went to the back. :) Think I can claim intentional quirkiness?

It took me way too long to finish this. I think maybe because when I finally got into it I realized I really hated doing cables with a DPN and really badly wanted a cable needle. I have ordered some, since we were snowed in, so I think I will hold off on any more cable hats until those arrive!