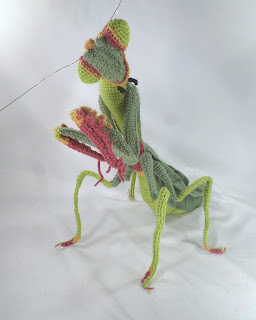 There are over thousands of varieties of Mantids found in temperate and tropical climates of the world.  Its unusual posture, stealth, and sometimes savage mating practices led some ancient cultures to believe it was a supernatural being. The earliest known mention of a mantis is in a Chinese poem from the 3rd century A.D. It has since been the subject of works of literature, film, and art, and the inspiration for Martial Arts and robotics. To top it off, the mantis is also really good at pest control.